Turn out in Duluth to demand fair elections
LOCAL VIEW 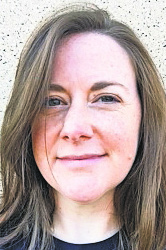 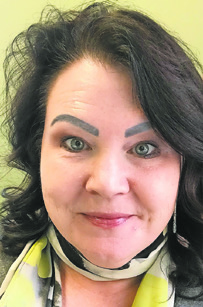 By Meg Litts
and Mary Faulkner


Please join the League of Women Voters of Duluth on Thursday at noon for the “We the People January 6th Day of Remembrance and Action.” This vigil marking the one-year anniversary of the violent demonstrations at the U.S. Capitol will take place at Duluth City Hall.

The Universal Unitarian Congregation of Duluth is co-hosting the event, and Grandmothers for Peace and Veterans for Peace Chapter 80 also endorse it.

The “We the People January 6th Day of Remembrance and Action” has three important goals: to demonstrate our community’s commitment to a democracy that works for all people, to condemn efforts to subvert free and fair elections, and to call for the passing of legislation to protect and strengthen voting rights.

The League of Women Voters of Duluth is a nonpartisan political organization that encourages the informed and active participation of citizens in government and influences public policy through education and advocacy.

In Duluth and in Minnesota, we pride ourselves on our high rates of voter turnout and our safe and secure elections, which includes same-day voter registration.

In 2020, even with the challenges of a pandemic, Minnesotans voted in record numbers: 79.95% of eligible voters cast ballots. Minnesota Secretary of State Steve Simon declared that 2020 was “Minnesota’s third election in a row winning the voter turnout percentage crown.”

Despite these local and statewide efforts, however, our voting rights are under assault; 19 states passed 33 laws restricting the right to vote this past year, and more may be on their way in 2022.

Meanwhile, some lawmakers have proposed gerrymandered legislative maps allowing them to choose voters instead of voters choosing their elected officials.

One way to advocate for voting rights is to call on the Senate to pass two landmark pieces of legislation.

And the John Lewis Voting Rights Advancement Act would restore and strengthen aspects of the bipartisan Voting Rights Act of 1965, enabling Americans to protect themselves from voting laws that discriminate based on age, race, ethnicity, and other factors.

These important bills together would help protect our right to vote, end partisan gerrymandering, counter undemocratic and dangerous election subversion efforts, and help eliminate the undue influence of dark money in our elections.

Our democracy is currently facing a crisis. Efforts are underway to sabotage our elections with fear and disinformation. There are partisan practices intended to overturn people’s votes, often targeting communities of color.

There will be more than 200 peaceful vigils across the country similar to Duluth’s marking the anniversary of the violent demonstrations at the U.S. Capitol. We ask you to join us at Duluth City Hall, 411 W. First St., to stand united in saying that this sort of attack must never happen again — and that voters decide the outcome of elections.

Meg Litts is president and Mary Faulkner is vice president of the League of Women Voters of Duluth (lwvduluth.org).